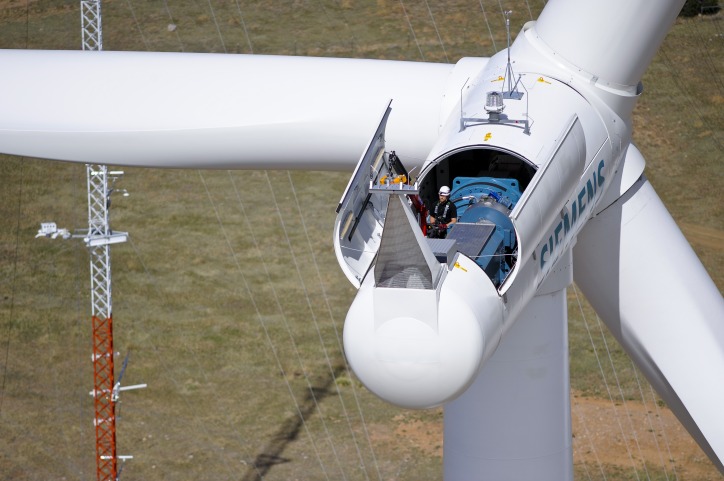 Wind installations in Canada have grown by 18% in the last 4 years, according to the latest statistics released in February by  the Canadian Wind Energy Association (CanWEA). There are now 285 wind farms, made up of 6,288 wind turbines in Canada, representing about $1.5 billion in investment.  Most wind projects are in Ontario, Quebec, Alberta, and Nova Scotia. The greatest growth occurred in Nova Scotia in 2016, mostly driven by the province’s community feed-in tariff program. An article by the UBC Sauder School of Business summarizes the results with emphasis on British Columbia:   “B.C. Lags during banner year for wind power” .

The American Wind Energy Association (AWEA)   also released new statistics,  on  Feb. 9, showing that wind has surpassed hydropower dams to become the largest source of renewable electric capacity  in the U.S., and the fourth largest overall.  Texas is the undisputed leader in wind energy, with 25% of the national capacity and nearly 25% of the jobs – including at 40 wind manufacturing facilities in the state. The industry report points out that “Of the $13.8 billion invested by the U.S. wind industry last year, $10.5 billion was invested in low-income counties”, making rural and Rust Belt America among the greatest beneficiaries of wind power development.

The European industry body, WindEurope,  released its latest statistical report on  February  9th, showing “The cost of wind power continues to plummet, and this is particularly the case for the European offshore sector, which has met and exceeded its 2020 price targets by a substantial margin, and five years early. ” In “Off-shore wind moves in to energy’s mainstream”, the New York Times provides an overview, mostly of Europe, and observes, “Offshore wind still represents only a tenth of new generation in the sector, …but investment in the industry nearly tripled in the five years to 2015.”

Finally, the Global Wind Energy Council (GWEC)   published its annual statistics report in the first  week of February;   the 4-page statistical overview  is here  . It reveals that  China is leading the way in installed wind power (34.7% of global installed power) , followed well behind by the United States ( 16.9%) , Germany (10.3%), and India (5.9%) .  Canada ranks 7th  with 2.4% of global installed capacity.

SOLAR INDUSTRY:    According to the 2017 edition of the Solar Jobs Census  released by the Solar Foundation on  February 7, more than 51,000 solar industry jobs were added in the U.S. in 2016 – bringing the total number of Americans working in the industry to 260,000.  A  Bloomberg News summary of  the report ,  “U.S. Solar Industry clamors for workers as employment climbs by 25% “, quotes the Executive Director of the Solar Foundation : “Solar manufacturing, installation, and operation now “employ more [Americans] than Amazon, Facebook, Google, and Apple combined…These are well-paying, family-sustaining jobs with low barriers to entry, with average wages at US$26 per hour for solar installation.”

The U.S. Solar Energy Industries Association (SEIA) is also bullish on the industry in its 4th Quarter “US Solar Market Insight” report , conducted by GTM Research and the SEIA. It shows a record-breaking number of solar installations in 2015, so that the U.S. now hosts more than 1.3 million solar photovoltaic installations with enough capacity to power 8.3 million households. The report states: “While U.S. solar grew across all segments, what stands out is the double digit gigawatt boom in utility-scale solar, primarily due to solar’s cost competitiveness with natural gas alternatives.”