Gordon Laxer, Professor emeritus at the University of Alberta and founding director of the Parkland Institute, has released a new report, Act or be Acted Upon. The case for phasing out Alberta’s Sands .  He summarized the report  in an article,  “The case for phasing out Alberta’s Tar Sands” , which appeared in Resilience  on May 23.   The full report reflects the author’s long and deep understanding of the political economy of Alberta. His fairly brief discussion of Just Transition principles occurs at the end of the report. 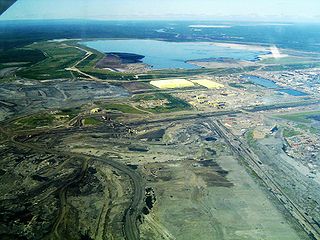 Section 1 of Act or be Acted Upon discusses the market forces and policy environment in which the oil sands continues to operate – including a discussion of the cap on emissions put in place in the Alberta government’s Climate Leadership Plan , and the issues of divestment and stranded assets. Looking for lessons to be learned, Section 2 examines the international and Canadian progress in banning coal-fired power, with a detailed look at Ontario’s experience and Alberta’s current efforts. The author emphasizes the importance of the health-based  arguments in Ontario’s campaign against coal, and suggests two possible motivators for an Alberta campaign against the oil sands: first,  the under-reported  health effects on residents and workers around Fort McMurray, the Peace River country, and the Aboriginal community of Fort Chipewyan,  and second, the devastating wildfire in Fort McMurray in 2016.

Section 3: “Phasing out the oil sands”,  calls for a permanent moratorium on new projects and a schedule for shutting down older projects that have paid off their capital costs- starting with the Suncor and Syncrude projects  which are over 50 years old. Finally, the author calls for replacing the existing emissions cap under the Climate Leadership Plan with  “an annually lowering GHG ceiling on all remaining Sands projects until they collectively reach zero by 2040.”

The final section of the Green Paper states: “It’s vital that phasing out the Sands be accompanied by a well-thought-out plan to provide workers and communities in the Sands with alternative work and retraining…. A just transition is the right thing to do, but it is also needed because if workers involved in the Sands don’t see a sure-fire alternative, they will fight hard to hang on to the Sands jobs they currently have, which will hamper the changes Alberta and Canada need to make.”   Those looking for new approaches to Just Transition will have to hope that Professor Laxer writes another paper – in this one, he goes only so far as to endorse the Just Transition principles set out in the October 2016 paper from the UNFCCC,  Just transition of the workforce, and the creation of decent work and quality jobs  .  To recap, those are: • Develop skills and retraining for green jobs  • Develop green enterprises • Promote government programmes to help the unemployed find work • Provide social protection • Minimize hardship for workers and address their needs • Consult all stakeholders to plan for a just transition.

Recalling the huge federal and provincial government research subsidies in the 1960’s that launched the oil sands, Professor Laxer concludes with this:  “The same governments now need to devote as much research money in today’s dollars to plan useful employment for Sands workers necessitated by the shift to a low-carbon future.”

Act or be Acted Upon. The case for phasing out Alberta’s Sands  is a “Green Paper”, commissioned by the Alberta Institute of Agrologists and presented to them in March 2017.  Related reading:  Gordon Laxer’s book from 2015 , After the Sands. Energy and Ecological Security for Canadians ;   and from the Parkland Institute:  Restructuring in Alberta’s oil industry: Internationals pull out, domestic majors double down (April 2017);  Five things to know about Alberta’s oil sands emissions cap   (Feb. 2017); Extracted Carbon: Re-examining Canada’s Contribution to Climate Change through Fossil Fuel Exports (Jan. 2017).