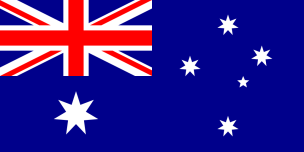 The Final Report of the Independent Review into the Future Security of the National Electricity Market  was submitted to the Australian government  by  its Chief Scientist, Alan Finkel, on June 9 – the government press release is here  . Given that Australia currently obtains approximately two-thirds of its electricity from coal-fired generating units, it is controversial territory.  The Finkel Review seeks compromise ground: it doesn’t  recommend a return to Australia’s previous emissions trading scheme , nor a carbon tax – instead,  it recommends a “clean energy target”, where cleaner power generators would get financial rewards relative to the amount of CO2 emitted per megawatt hour.   In “Australia: New climate policy same old politics”, Climate Home states:  A “major review of Australian climate policy has been compromised by the malignant politics that has sent Australia to the back of the international pack”.  Even more critical is  “Alan Finkel’s emissions target breaks Australia’s Paris commitments”     in The Guardian (June 9), which states that the Finkel recommendations would result in emissions levels 28% below 2005 levels by 2030 for the electricity sector – less than needed, and less than called for in a 2016 report by the Climate Change Authority,  Policy options for Australia’s electricity supply sector .  The Guardian also published “Finkel review anticipates lower power prices, but weak electricity emissions target“, with detail of the recommendations and the political response.

The Australian Council of Trade Unions (ACTU) response to the Finkel report is muted, and focused less on the strength of the emission targets and more on the recommendations for an orderly transition of the sector, and a three year notice period before generator withdrawal. From the ACTU press release: “it is immediately clear that the report states the need for an orderly transition that includes workforce preparedness….The report also recommends a three year notice period before generator withdrawal, which would provide some notice for workers and communities.”  The ACTU has previously recommended the establishment of the Energy Transition Authority to navigate the transition to a clean energy economy.