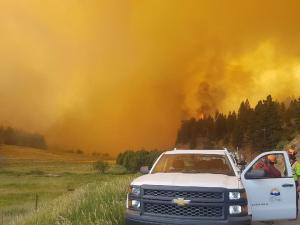 The summer of 2017 has seen unprecedented forest fires, heat waves, floods and hurricanes around the world, with flooding and forest fires in Canada.  In response, Canada’s Minister of Environment and Climate Change announced the launch of an advisory Expert Panel on Climate Change Adaptation and Resilience on August 29, to be chaired by Dr. Blair Feltmate, Head of the Intact Centre on Climate Adaptation at the University of Waterloo. The Expert Panel will be composed of  academic, private sector, government, non-government, and Indigenous representatives. CBC summarizes the initiative here .

On September 1, the Insurance Bureau of Canada issued a press release that estimated more than $223 million in insured damage from two storm and flooding events in Eastern Ontario and Western Quebec in May. An Internal Review of the federal Disaster Financial Assistance Arrangements, released in the Spring of 2017, states that the average annual federal share of provincial/territorial response and recovery costs has increased from C$10 million from 1970 to 1995, to $100 million from 1996 to 2010, to $360 million from 2011 to 2016, with the majority of costs caused by flooding.

Before either Hurricanes Harvey or Irma, the U.S. National Centers for Environmental Information (NCEI) at the National Oceanic and Atmospheric  Administration (NOAA) stated, “In 2017 (as of July 7), there have been 9 weather and climate disaster events with losses exceeding $1 billion each across the United States. These events included 2 flooding events, 1 freeze event, and 6 severe storm events. Overall, these events resulted in the deaths of 57 people and had significant economic effects on the areas impacted.”

At the end of August, the Ontario Chamber of Commerce released a report which states:  “The average natural disaster costs the economy C$130 billion and lowers GDP by approximately 2%….. On average, it is estimated that natural disasters increase public budget deficits by 25%.”   Building Better: Setting the 2017 Ontario Infrastructure Plan up for success urges significant investment, stating:  “Research shows that investment in infrastructure, such as roads, transportation, communication, utilities and more, have resulted in lowered business costs and increased labour productivity. It is estimated that for every $1 billion in infrastructure spending, 16,700 jobs are supported for one year and the GDP sees a $1.14 billion increase.”

In June, the City of  Toronto appointed its first Chief Resilience Officer, whose job it is to prepare for catastrophic events and other stresses, with a focus on social issues such as housing and transit, building on existing programs under the city’s climate resilience and TransformTO initiatives.  The Chief Resilience Officer position is funded by  100 Resilient Cities, an international network whose website houses a collection of Urban Resilience plans from around the world.

And for the last word on this catastrophic summer, read Bill McKibben’s opinion in The Guardian, “Stop Talking Right Now about the threat of Climate Change. It’s Here; It’s Happening“.