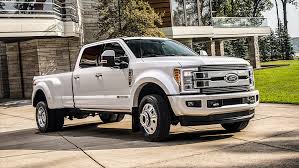 On April 3, the U.S. Environmental Protection Agency announced its decision  in a midterm evaluation of the fuel-economy standards for light vehicles manufactured in 2022-2025.  EPA Administrator Scott Pruitt issued his  Final Determination , supported by  a 38-page analysis – which overturned the evidence of a 1,200-page draft Technical Assessment Report completed under President Obama in 2016. This opens up the uncertainty of a new rule-making process, with vehement opposition from the State of California, which is entitled to set its own emissions standards, as well as other players in the U.S., including  over 50 mayors and state Attorney Generals from across the U.S., who issued their own  Local Leaders Clean Car Declaration  . The Declaration  states: “ Whatever decisions the Administration may make, we are committed to using our market power and our regulatory authority to ensure that the vehicle fleets deployed in our jurisdictions fully meet or exceed the promises made by the auto industry in 2012.”  Within the auto industry, parts-makers represented by the Automotive Technology Leadership Group (including the  Motor & Equipment Manufacturers Association, the Manufacturers of Emission Controls Association, and the Aluminum Association)  support the existing standards .  The Alliance for Automobile Manufacturers  trade group, which represents Toyota, Ford, General Motors, Fiat Chrysler, BMW, Mercedes, and Volkswagen, have pushed for lower standards since the Trump inauguration.

All of this matters for Canada for at least two reasons:  1).  95% of vehicles manufactured in Canada are exported to the U.S., and thus our fuel emissions regulations have been developed in collaboration with the U.S. EPA – most recently to govern production for  2017 – 2025 models, and 2).  transportation represents the 2nd highest source of emissions in Canada.  The WCR surveyed  Canadian reaction in March 2017, when Donald Trump first authorized the EPA review.  Now, with the decision published, recent reaction appears in  “Canada in tough position if  Trump Administration lessens vehicle standards”  in the Globe and Mail (April 1);  the National Observer “Scott Pruitt delivers another Trump-era shock to Canada’s climate change plan” ( April 2) ;  “Trump’s fuel economy rollback leaves Trudeau in a bind: Follow the U.S., or take a stand” (April 3)  in the Toronto Star , which quotes the the Canadian Vehicle Manufacturers’ Association, as saying  that “both Canadian consumers and climate efforts could be harmed if Trudeau decides to maintain a higher standard for Canada than Trump does for the U.S.” .   Unifor, representing most Canadian auto workers, has not issued a reaction yet, although president Jerry Dias was quoted in March 2017 in “ Auto workers union takes aim at Trump’s examination of fuel standards” in the Globe and Mail, stating that he “would fight any attempt to roll back environmentally friendly regulations in the auto industry ”.

For well-informed U.S. reaction, see  “Stronger fuel standards make sense, even when gas prices are low ” in The Conversation; “Why EPA’s Effort to Weaken Fuel Efficiency Standards Could be Trump’s Most Climate-Damaging Move Yet” in Inside Climate News (April 2 ) ;  from the American Council for an Energy- Efficient Economy “EPA fails to do Its homework on light-duty standards” ;  and  “Auto Alliance Pushed Climate Denial to Get Trump Admin to Abandon Obama Fuel Efficiency Standards”  in  DeSmog  (April 2).