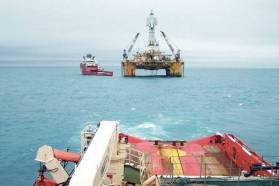 A “ Made-in-Newfoundland and Labrador Approach to Carbon Pricing” was announced and  described in a press release on October 23 , with a carbon tax rate of $20 tonne starting on January 1, 2019.  The details are many, as published here . Exemptions are granted for consumers (e.g. for home heating fuel) , and for industry – specifically “for agriculture, fishing, forestry, offshore and mineral exploration, and methane gases from venting and fugitive emissions in the oil and gas sector.”  These exemptions make sense in light of the province’s Oil and Gas  growth strategy announced in February 2018,  Advance 2030 , which aims for 100 new exploration wells to be drilled by 2030.

Despite the weakness of the provincial plan, it has been accepted by the federal government – thus, Newfoundland will avoid the stricter regime which would have been imposed by the federal backstop plan in 2019.  For a brief overview: “Why the lax tax? Finance minister says Muskrat burden played role in carbon pricing” (CBC) . In depth analysis appears in  “Newfoundland’s carbon tax gives ‘free pass’ to offshore oil industry” in The Narwhal.   (Nov. 9)