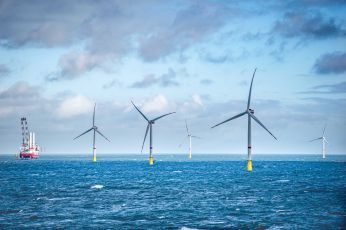 On March 7,  the government of the United Kingdom announced a new Offshore Wind Sector Deal  which aspires to provide 30% of the U.K.’s electricity by 2030 and, according to the article in The Guardian, also promises that  jobs in offshore wind will triple to 27,000 by 2030.  The detailed  government press release  further states that the deal will increase the number of women in the industry, continue efforts by educational institutions to develop a sector-wide curriculum to facilitate skills transfer, prompt new targets for apprenticeships, and create an “Offshore Energy Passport”, recognised outside of the UK, so that workers will be able “to work seamlessly across different offshore sectors.” Unite the union reacted with this statement , which included a warning that the Energy Passport “should not  be used to attack workers’ terms and conditions of employment, nor compromise health and safety regulations.”

In the same statement, Unite also called for a ‘level playing field’ for Scotland so that it can secure large-scale manufacturing contracts for its own offshore renewables sector. The  concern follows the award of  £2.8 billion in contracts for turbine manufacture to companies in Spain, Belgium and the United Arab Emirates, rather than to the BiFab yards in Fife, Scotland. As reported in “Union fury as £2.8 billion wind turbine contract goes overseas”  in the Greener Jobs Alliance newsletter (March/April), the GMB and Unite unions are calling on the Scotland’s Prime Minister and the Scottish Parliament to intervene, stating: “The Scottish Government and the public have a stake in BiFab and with it our renewables manufacturing future. We owe it to our communities to tackle the spaghetti bowl of vested interest groups that’s dominating our renewables sector and to fight for Scotland’s share’.