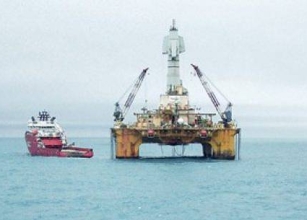 Banking on Climate Change – Fossil Fuel Finance Report Card 2019 , the 10th annual report by BankTrack and a coalition of advocacy groups, has been expanded to include coal and gas investors, as well as oil, as it ranks and exposes the  investment practices of 33 of the world’s largest banks. The newly-released report for this year reveals that $1.9 trillion has been invested in these fossil fuels since the Paris Agreement, with the four biggest investors  all U.S. banks – JPMorgan Chase, Wells Fargo, Citi and Bank of America. But Canadian banks rank high: RBC ranks fifth, TD ranks 8th, Scotiabank ranks 9th, and Bank of Montreal ranks 15th.  Among those investing in tar sands oil : “five of the top six tar sands bankers between 2016 and 2018 are Canadian, with RBC and TD by far the two worst.”

In addition to the investment tallies, the report  analyzes the banks’ performance on human rights, particularly Indigenous rights, as it relates to the impacts of specific fossil fuel projects, and climate change in general.  The report also describes key themes, such as tar sands investment, Arctic oil, and fracking.

In response to the Banking on Climate Change report, SumofUs has mounted an online petition It’s time for TD, RBC and Scotiabank stop funding climate chaos.    An Opinion piece in The Tyee,  “How Citizens can stop the big five ” calls for a citizens strike on Canadian banks – particularly by young people and future mortgage investors, and points out the alternatives: credit unions, non-bank mortgage brokers, and ethical investment funds, (such as Genus Capital of Vancouver ).  But while individual Canadians can make ethical choices, that doesn’t seem to be the path of our public pension plan, the Canada Pension Plan Investment Board, which manages $356.1 billion of our savings.  On March 19, Reuters reported that the CPPIB  will invest $1.34 billion to obtain a 35% share in  a $3.8 billion joint venture with U.S. energy firm Williams to finance gas pipeline assets in the Marcellus and Utica shale basins.

Investment attitudes are shifting away from fossils:  The Norwegian Sovereign Wealth Fund continues to lead the way: In March, it announced it would divest almost $8 billion in investments in 134 companies that explore for oil and gas; in April, it  announced it will  invest in renewable energy projects that are not listed on stock markets – a huge marekt and a significant signal to the investment community, as described in   “‘Historic breakthrough’: Norway’s giant oil fund dives into renewables” in The Guardian (April 5) .

In Canada, with the Expert Panel on Sustainable Finance   scheduled to report shortly, the Bank of Canada announced on March 27 that it has joined the  Central Banks’ and Supervisors’ Network for Greening the Financial System (NGFS), an international body established in December 2017 to promote best practices in climate risk management for the financial sector.  (This is despite the fact that Bank of Canada Governor Stephen Poloz discussed the vulnerabilities and risks in Canada’s financial system in his year-end progress report in December  2018   – without ever mentioning climate change. )  In the U.S., on March 25, the head of the  Federal Reserve Bank of San Francisco released Climate Change and the Federal Reserve  , which states: “In this century, three key forces are transforming the economy: a demographic shift toward an older population, rapid advances in technology, and climate change.”  A discussion of both these developments appears in “Bank of Canada commits to probing climate liabilities” in The National Observer (March 27) .

And if we needed more proof that coal is a dying industry:  The Institute for Energy Economics and Financial Analysis released Over 100 Global Financial Institutions Are Exiting Coal, With More to Come  in February, drawing on the ongoing and growing  list of banks which have stopped investing in new coal development, as maintained by BankTrack.   The detailed IEEFA report states that “34 coal divestment/restriction policy announcements have been made by globally significant financial institutions since the start of 2018. In the first nine weeks of 2019, there have been five new announcements of banks and insurers divesting from coal. Global capital is fleeing the thermal coal sector.”  Proof: global mining giant Glencore announced on February 20 that it would cap its coal production at current levels in  “Furthering Our Commitment to the Transition to a Low-Carbon Economy. “