On June 28, the federal government announced funding of $4,489,100 through the Canada Coal Transition Initiative.  Details of the funded projects – four in Alberta and five in Saskatchewan –  are listed in the Backgrounder . The Saskatchewan projects include establishing a solar installation training program in Estevan; development of business retention and expansion plans for Weyburn, Estevan, Moose Jaw and Coronach; and an economic and employment impact analysis with a regional strategic economic mitigation plan to support the Coronach & Region Coal Transition Initiatives. The Canada Coal Transition Initiative is a $35 million, five-year strategic fund to support skills development and economic diversification activities for workers and communities impacted by the government’s February 2018 decision to phase out traditional coal-fired electricity generation by 2030.

Since the June 28 announcements, brief reactions  have appeared: “Federal government gives $1.2M to Sask. groups to phase out coal” at CBC Saskatchewan; “Feds announce funding for coal energy transition in Saskatchewan, Alberta”which quotes a United Mineworkers spokesperson and the official province of Saskatchewan response;  “Leduc, Parkland counties among recipients of federal coal transition handout” in the Edmonton Journal, and  “Edmonton-area counties get help from Ottawa for coal transition” at CBC Edmonton.

In response to the Task Force on Just Transition for Canadian Coal Power Workers and Communities, the Government of Canada intends to:

Explore new ways to protect wages and pensions; and 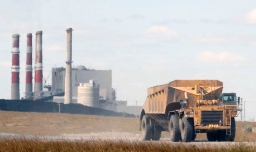 How the coal transition is impacting the communities across Canada is evident from the What we heard from Canadian coal power workers and communities report which accompanied the release of the Final Report of the Task Force on Just Transition for Canadian Coal Power Workers and Communities in January 2019.  Climate Justice Saskatoon has also published the results of its interviews with people in Estevan and Coronach in its Bridging the Gap project.   Articles have also appeared: “Estevan, Sask. preparing for coal phase-out putting hundreds of jobs at risk”  at Global News (May 2019)  is a profile of the community;  “Saskatchewan reaches agreement with Ottawa to cut power-generation emissions”(January 2019) outlines the agreement reached between the federal and provincial government, allowing  Boundary Dam Three near Estevan to continue beyond 2030, thanks to its nearly $1.5 billion Carbon Capture and Storage  retrofit.