Agreenment – A Green Mentality for Collective Bargaining is a European project to investigate the role of social dialogue and collective bargaining in promoting sustainable development and the transition to a low-carbon economy.  Labour and Environmental Sustainability : Comparative Report is their newly published overview, which is accompanied by separate, detailed reports for each of the six countries studied: France, Hungary, Italy, the Netherlands, Spain and the UK..  The Agreenment website has further resources and bibliographies.

Written mostly by lawyers, the Comparative Report reviews the theoretical concepts influencing labour unions’ positions on environmental issues – with a key section titled “Treadmill of Production and Just Transition: Two Contrasting Patterns?”.  The Comparative Report also reviews the legal structure of collective bargaining and the forms of social dialogue in each country, and for each country, discusses topics which might be included in collective bargaining – for example, linking pay to environmental performance; health and safety considerations; inclusion of environmental issues within labour-management bodies.  The conclusion:

“It is up to the social partners to promote environmental sustainability as a goal for
collective bargaining or to continue with the traditional inertia that divides labour
and environmental regulation……. Collective agreements could take a leading role in driving the just transition towards a low-carbon economy, but in practice they do not regard this mission as a priority. Environmental clauses in collective agreements are still exceptional and lack momentum.”

“Based on extensive review of policy documents and qualitative interviews with key informants, our research confirms that UK unions have attempted to seize upon the possibilities inherent in a voluntarist system of industrial relations, in so far as broadening the scope of what are deemed to be union issues or issues that could be negotiated or bargained with management. …. However, despite the fact that many workplace initiatives have been reported throughout the UK, relatively few comprehensive agreements on environmental sustainability have been concluded… .  The authors call for  “…. (1) the statutory recognition of environmental union representatives together with rights to facility time and pay (rights that unions have advocated for a long time), as well as (2) expansion of the statutory scope of bargaining to include issues of environmental nature. Finally, for Just Transition processes to be operationalized in practice, UK unions should have more input in policy development. For this to be possible, (3) social dialogue must be institutionalized in a more meaningful way at the regional and national level.”

A January 8 general news release, “Nova Scotian forestry workers already struggling as Northern Pulp prepares to close ” summarizes the union’s position in a quote from Atlantic Region Director Linda MacNeil: ““We all agreed Boat Harbour had to close. That closure did not have to come at the cost of thousands of rural jobs ­­– there was a solution for the mill to coexist, but there was no political will from McNeil to make it happen …. Our members and other forestry workers are not the ones responsible for any wrong-doing here. … They deserve better than to be blamed and sacrificed due to the government’s lack of leadership, consultation or clear regulatory expectations.”

The “years of controversy” over the Northern Pulp mill is summarized in a Backgrounder  in the Halifax Chronicle Herald on December 10 2019, published just before the government of Nova Scotia announced that it would enforce a 2015 law which would require the mill to stop pumping effluent in Boat Harbour.  Paper Excellence Canada , the owner of the Northern Pulp mill,  stated almost immediately  that it would close the mill, but apparently the years of controversy are not over yet.  As reported on January 9 in “NS effluent dumping mill to move ahead with environmental process” in the National Observer , Paper Excellence has issued a new statement: “Our team is currently focused on supporting our employees, developing plans for a safe and environmentally responsible hibernation, and working with the government of Nova Scotia and stakeholders to determine next steps.”

Unifor’s role in the controversy:

Unifor represents approximately 230 workers at the  mill and has been actively engaged in advocating to protect its members’ jobs by allowing the mill owners, Excellence Paper, to improve the environmental performance of the mill by building a new effluent treatment plant. Unifor’s Save Northern Pulp Jobs campaign  includes “Why Mill Jobs Matter” as a summary;  in early 2019, the union commissioned  a detailed economic impact study by consultants Gardner Pinfold which makes the case for the “keystone” importance of the mill in the region, profiling major businesses from the supply chain of  1,379 companies associated with the mill operation,  and estimating that the mill accounts for approximately 2,679 full-time equivalent jobs, earning approximately $128 million annually.  (Note that Gardner Pinfold completed an earlier economic impact study  for the industry group, Forest Nova Scotia, in 2016).

An ongoing series of Updates chronicle how Unifor has participated in the provincial environmental assessment process and in direct advocacy for their membership.  The January 3 update  reports to members on interactions with government, stating: “the best course of action for a viable and continued forest industry in the province is with Northern Pulp continuing to operate. We reiterated that the $50 million should be used to assist all workers in the industry through a temporary shutdown of the mill to facilitate the construction of Northern Pulp’s new effluent treatment facility (ETF)…. We also suggested the idea of a third-party expert who could serve as intermediary between government regulators and the company to establish a firm and fair process and timelines for the necessary approvals to take place for construction of the ETF.”

The update also states:  “Premier McNeil announced a $50 million transition fund for forestry workers that was of particular interest during the meeting, especially since the fund was never mentioned to the union, or anyone else, prior to his December 20 decision.” 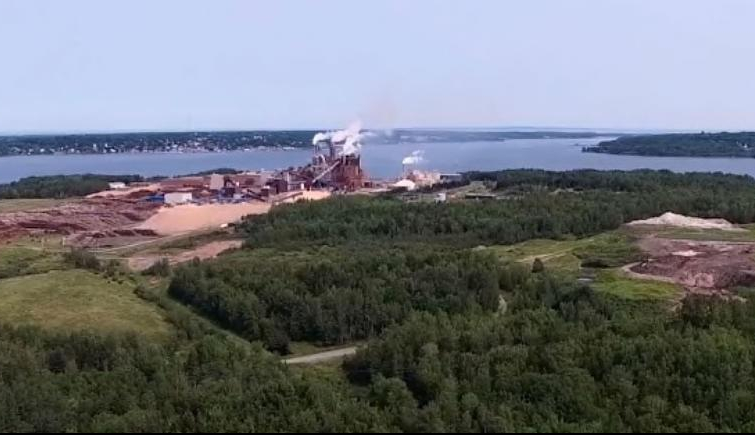