ENvironment JEUnesse is the Quebec youth group behind the world’s latest intergenerational climate lawsuit. Their press release  states: “On November 26 2018, ENvironnement JEUnesse, represented pro bono by the firm Trudel Johnston & Lespérance, applied to bring a class action against the Canadian government before the Superior Court of Québec today on behalf of Quebeckers aged 35 and under.  ENvironnement JEUnesse alleges that the Canadian government is infringing on a generation’s fundamental rights because its greenhouse gas reduction target is not ambitious enough to avoid dangerous climate change and because it does not even have a plan that would allow it to reach this already inadequate target.”  The law firm Trudel Johnston & Lespérance  provides legal details, and states that “The class action seeks a declaration that the Canadian government’s behaviour in the fight against climate change infringes on the rights of young people, as well as an order to pay punitive damages.”

ENvironment JEUnesse invites readers to join the class action suit, donate, and support the  initiatives of other Quebec activists (Pact for the Transition  , and  the Déclaration d’urgence climatique  ).  The main website is in the French language, and a French language newsletter  is available.

The National Observer broke the news with Quebec youth apply to sue Canada to get toughter carbon pollution targets” and Climate Liability News published  “Canada Faces Latest Youth-Led Climate Lawsuit” .   Both articles identify the Quebec lawsuit as part of a world-wide movement in where youth are suing their governments for their right to a future without climate catastrophe.  The best known climate case of such cases  is the Juliana vs U.S. constitutional “Trial of the Century” which began under President Obama and was scheduled to be heard on October 29. It is still under challenge from the federal government. There have also been youth cases in several U.S. states – most recently in Florida  .  In Norway, Nature and Youth Norway, in cooperation with Greenpeace, are currently appealing an unsuccessful  court decision  in January 2018, and the youth of Columbia achieved a successful decision in the Demanda Generaciones Futuras v. Minambiente  case , in which the government was ordered to formulate plans to protect the Amazon from deforestation.  ENvironment JEUnesse  provides a summary of all related cases here 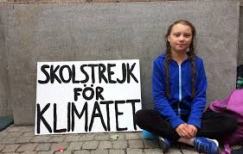 Although all eyes have been on the Juliana vs. United States legal action in the U.S ( given the go-ahead again on November 2, according to  Inside Climate News ), other young people are taking up the fight against climate change.  In September, after record heat and forest fires in Sweden, Greta Thurnberg began to skip school to demonstrate outside the Swedish Parliament buildings, and, using the  hashtag #Fridays for Future ,  is calling for people to demonstrate in solidarity at their own government’s buildings on Fridays  – read “The Swedish 15 year old who’s cutting class to fight the climate crisis”  in The Guardian for more.

Greta has become a Nordic celebrity, and her protest has spread.  Australian kids from 8 to 15 began their own campaign on November 7, with a call for  a nation-wide strike on November 30 – Updates and news are at  #School Strike 4 Climate   (the website is here)  .

In  Canada,  an 11-year old in Sudbury Ontario credits Greta for inspiration and began striking from school in November, as reported by the Sudbury Star in “Young climate activist to strike Friday in Sudbury” (Nov. 2) and “Activism runs in the blood for Sudbury student “ (Nov.8) .  The article quotes her as asking: “If adults don’t care about our future why should I? What is the point of going to school?”

Further inspiration also comes from (slightly older) young adults in Canada, in “Meet 2018’s Top 30 Under 30 in Sustainability” in Corporate Knights magazine (Nov. 6). It profiles  young adults from 16 – 29 who have rolled up their sleeves in a variety of green projects, organizations,  and businesses.

On October 9, the Hague Court of Appeal upheld the lower court ruling in the landmark case of  Urgenda Foundation v. The State of Netherlands , which in  2015 was the first case in the world to rule that governments have a “duty of care” to protect their citizens against climate change. The 2015 ruling ordered the Dutch government to cut its greenhouse gas emissions by at least 25% by the end of 2020 (compared to 1990 levels).  The Urgenda Foundation press release is here ; a compilation of documents by the Foundation, including the text of the decisions, is here  and an English-language Explainer is here.  The article in Climate Liability News expands on the global importance of this decision, which has inspired other court challenges in U.S., Norway,  Pakistan,  Ireland,  Belgium, Colombia, Switzerland and New Zealand. 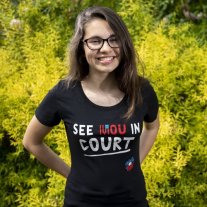 The Urgenda decision comes just as the highly- publicized Juliana v. United States case proceeds to its next court appearance on October 29.  Juliana vs. the United States was originally filed in Oregon in 2015 under the Obama administration, and argues that the 21 young plaintiffs have constitutional rights to life, liberty and property, which are currently jeopardized by federal climate change policies.   It is led by Our Children’s Trust and has been called “the trial of the century” and has received media attention throughout the ongoing challenges from the federal government.

In January,  West Coast Environmental Law and over 50 other environmental, health, human rights, women’s rights, and faith-based organizations sent an Open Letter  to local municipalities in British Columbia, urging them  1.) to write to fossil fuel companies, demanding accountability for the climate change costs being borne by citizens , and 2.) To consider participating in a class action lawsuit against the big polluters.  As part of their new  initiative, called   Climate Law in Our Own Hands  , West Coast Environmental Law is offering legal research and support to interested local governments, as well as template letters and fossil fuel company addresses to facilitate the  letter-writing campaign.  WCEL argues that fossil fuel companies will only start working towards climate change solutions when they are held to account to pay their fair share for the damage being caused.   According to one of the Open Letter signatories, Sierra Club B.C. , “The Province of BC has estimated that Metro Vancouver Municipalities will need to spend $9.5 billion between now and 2100 to address rising sea-levels (about $100 million per year on average).”  The list could continue to add wildfires, the destruction of forests by the mountain pine beetle, drought, and extreme weather.

WCEL  is not new to this issue, but rather have been active since the 2015 landmark Urgenda case in the Netherlands , when they released their report  Taking climate justice into our own hands  , which included a draft Climate Compensation Act .  The new website,  Climate Law in Our Own Hands maintains a blog about legal actions around the world, including a November 2016  report about  420 “grannies”  in Switzerland who are working with  Greenpeace Switzerland to launch a legal challenge  against the Swiss government for inadequately addressing threats to their health and future generations from climate change.  Other high profile court cases underway include the challenge to stop Arctic drilling  by  Norweigian youth and Greenpeace in Norway ,  and the ongoing cases led by  Our Children’s Trust   against the U.S. federal and state  governments.  The federal case,  Juliana v.United States  first launched in 2015,  and most recently (November 10, 2016) has been permitted to proceed to trail, after Judge Ann Aiken issued an opinion and order denying the U.S. government and fossil fuel industry’s motions to dismiss .  The 21 plaintiffs, mostly teenagers, are suing for the constitutional right of future generations  to live in  a healthy and safe environment.

Despite the hooplah of Paris and Marakkesh,  a new article by Jeremy Brecher argues that climate protection will never be accomplished by existing government and institutional actors.  “Climate Emergency: Global Insurgency: There is no choice but to escalate today’s campaigns against global fossil fuel infrastructure”  appeared in Common Dreams  on October 14  , and while the author commends the protests against the Dakota Access Pipeline, (mirrored in Canada by protests against the Kinder Morgan Pipeline) he quotes Bill McKibben that “Fighting one pipeline at a time, the industry will eventually prevail.” Brecher advocates instead what he calls a “global nonviolent constitutional insurgency”.  “A non-violent insurgency, like an armed insurgency, refuses to accept the limits on its action imposed by the powers that be. Unlike an armed insurgency, it eschews violence and instead expresses power by mobilizing people for mass nonviolent direct action….It is not formally a revolutionary movement because it does not challenge the legitimacy of the fundamental law; rather, it asserts that current officials are in violation of the very laws that they themselves claim provide the justification for their authority. Although the established courts may condemn and punish them, constitutional insurgents view their “civil disobedience” as actually obedience to law, even a form of law enforcement.”

Recalling the great civil disobedience campaigns of Gandhi, the American civil rights movement, and Polish Solidarity movement , Brecher points to the current “Break Free From Fossil Fuels” global campaign, begun after the Paris Agreement in 2015, as an encouraging start to the climate insurgency he advocates.   The U.S. organizers of Break Free From Fossil Fuels issued a “Public Trust Proclamation”   which summarizes the principles.  The legal actions inspired by the Urgenda case and  Our Children’s Trust in the U.S. share many of the same values, but apply them in the courts.  Brecher links these two movements in an earlier article, “A new wave of climate insurgents defines itself as law-enforcers“.   Brecher’s 2014 book,   Climate Insurgency: A Strategy for Survival    has been updated and reissued as a free ebook , to make it as widely available as possible to those who want to understand and help halt climate change.

Note:  In Canada, the May 2016 Break Free protests were focused on the Kinder Morgan pipeline (photos still available here ).  Protests are continuing – including sit-ins in the offices of government ministers in November, as even the federal government’s Ministerial Panel Report , released on November 3, raises questions about how the pipeline fits with the government’s commitments on climate change, First Nations reconciliation, and social license for fossil fuel projects. According to Environmental Defence, rejecting Kinder Morgan and restarting the review process after reforming the National Energy Board is the only viable option for the federal government.  The government’s decision is due December 19, and is seen as a defining moment for the Trudeau government to demonstrate a clear commitment to its climate goals, rather than a compromise with energy/economics.